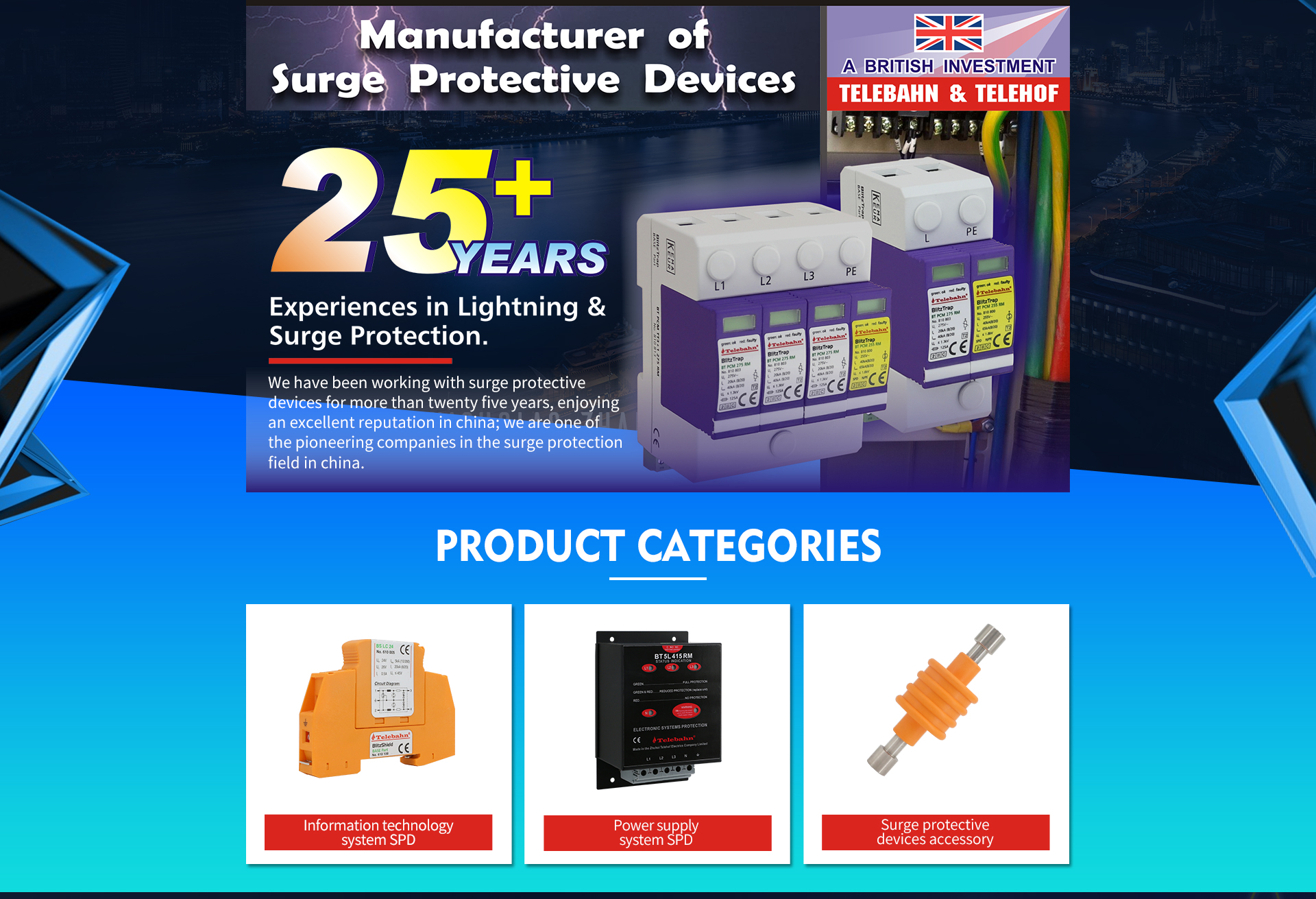 Zhuhai Telehof Electrics Company Limited is a British-owned company, mainly engaged in research, manufacturing and sales of Surge Protective Devices. We have been working with surge protective devices for more than twenty years, enjoying excellent reputation in China; we are one of the pioneering companies in surge protection field in china. We have a professional team led by a British expert with extensive experiences in surge protection. Our surge protective devices include power supply series & IT network series, we have adopted equal potential technology from Western Europe. This technology has widely been used in the finance & banking, telecommunication, computer, cellsite, railway, airport, and many more. 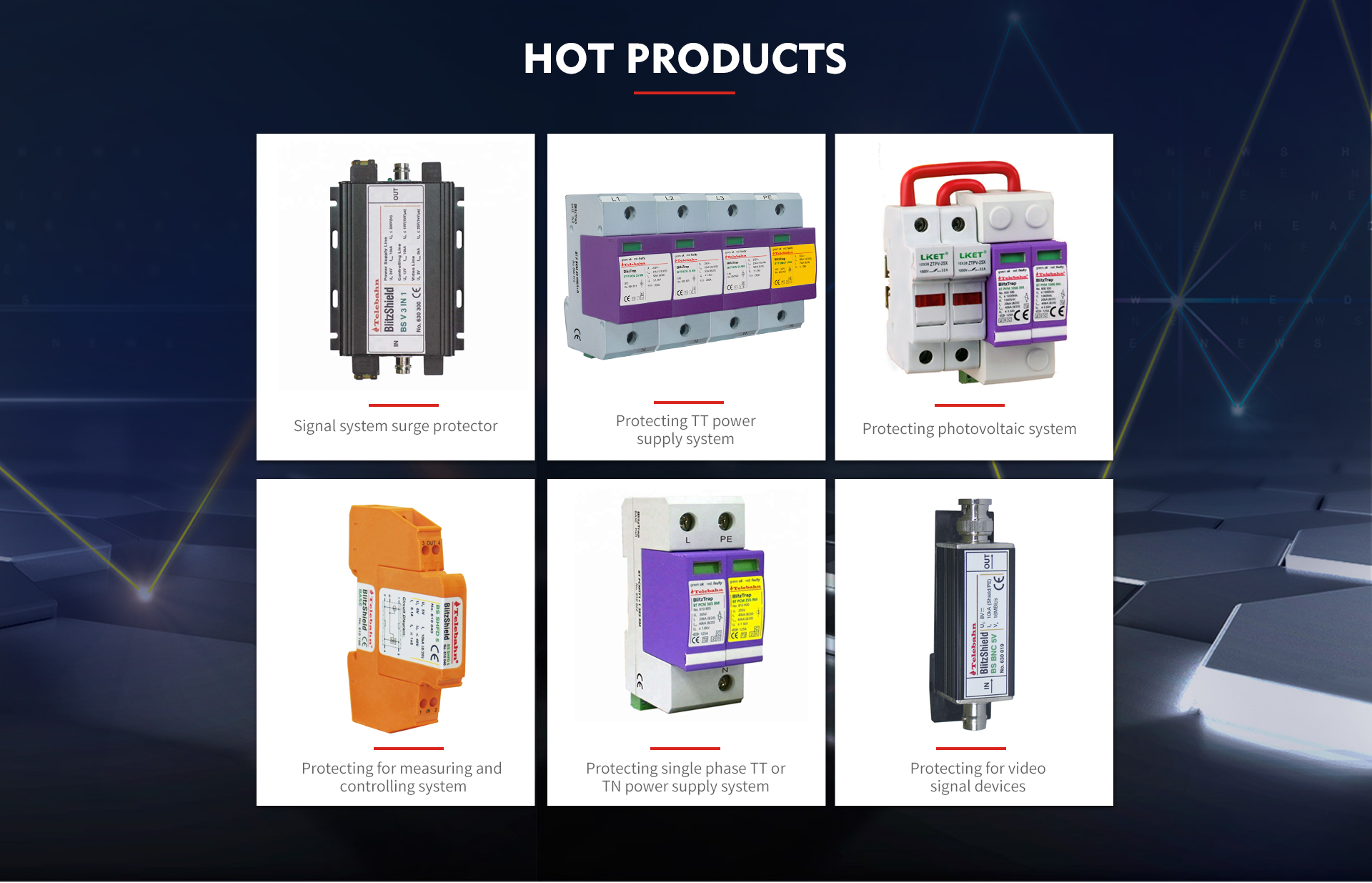 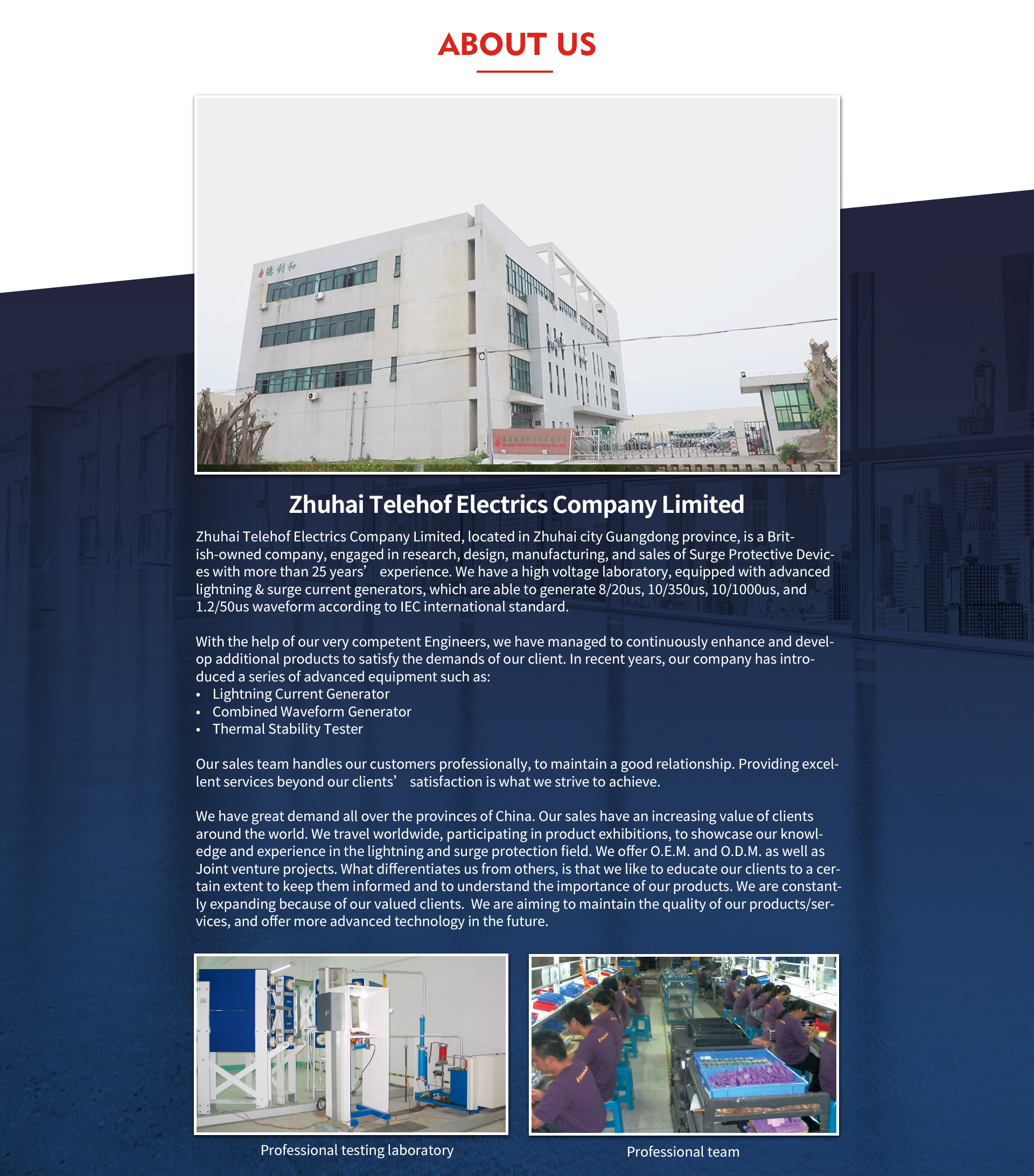